He was born in Rome in 1974 and began his singing career in 1993, when he joined the CIMA polyphonic choir as a tenor. He also debuted with CIMA as solo tenor in 2000.

He has been training his voice technique since 1996, first classical, then contemporary with different professionals. In 2004 he started teaching singing in some leading music schools in Rome. He achieved the Estill Voice Training System Basic and Advanced certificates and a Licence in Music Teaching (Level 6) with Rockschool UK.

Since 1995 he has been performing as lead singer and backing vocalist in several contemporary music bands through different genres as Rock, POP, R&B, Gospel and Dance. In 2008 he performed with Stevie Wonder during his tour stop in Italy. He has lent his voice to jingles, video games and cartoons, working also on the adaptation of the original lyrics into Italian.

For the production of his original music he has been working with Paolo Audino (Mina, A. Bocelli), Pino Forastiere e Francesco Caprara.

In 2005 he achieved a Master’s Degree with second class honours (2:1) in Electrical Engineering at the University of Rome “La Sapienza” leading a thesis on a piano keyboard model. Five years later he received the title of Philosophy Doctor in Electrical Engineering from the same University. During his University career he has been co-author of several papers, published on proceedings of national and international congresses and supervisor of degree theses.
Since 2007 he has been teaching Physics at upper secondary schools. 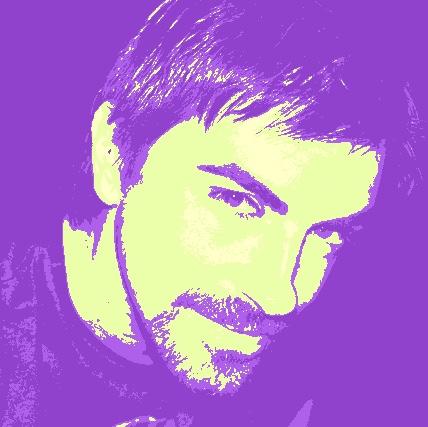